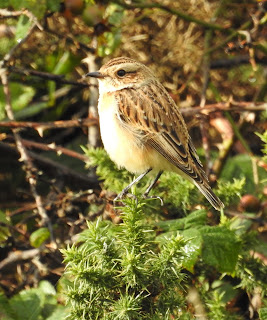 Hard to resist snapping a photo of a Whinchat. 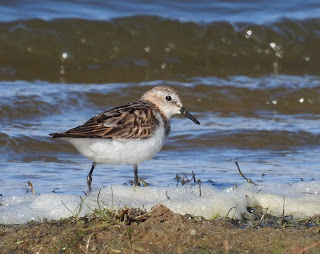 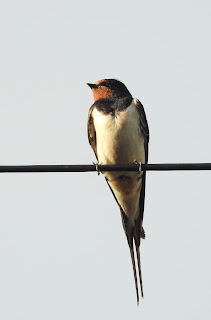 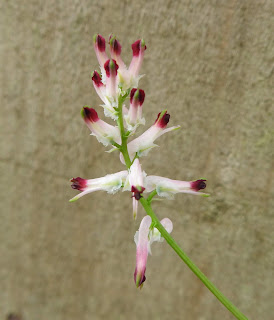 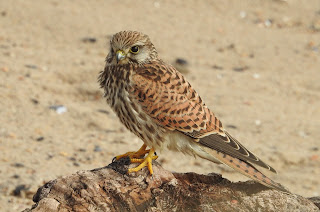 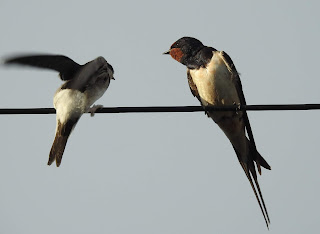 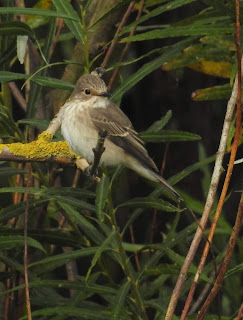 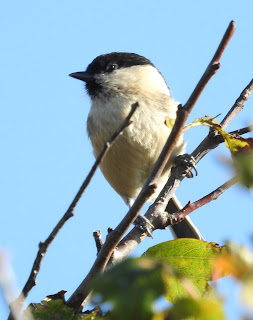 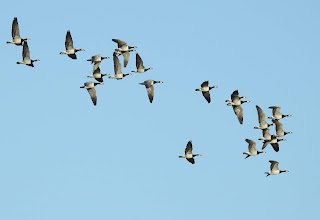 In the last few days the terrier like barking call of Barnacle Geese has greeted my morning walks. 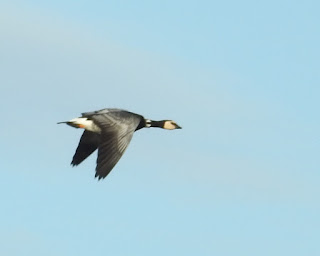 This bird is female 'N' The neck collar is one of only 13 fitted and so in a population of 42,000 it has not been spotted often. It was fitted to an adult bird at Arbigland Farm, Solway. It was seen on Lindisfarne and at Southerness winter 17/18. Returned from Svalbard this autumn and was recorded at East Chevington. 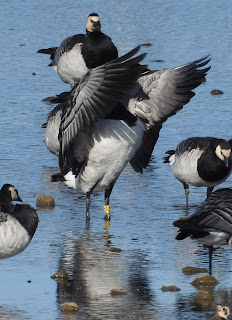 This was ringed as an adult male (Yellow BCL) 27/07/16 at Ny Aalesund (Svalbard).  I have observed  at least 8 colour ringed birds in the last few days. It is tricky getting all the letter codes but at least with this project information is returned quickly. Yellow rings are more recent birds and Lime Green (now faded) are older one I found was ringed as an adult in Svalbard 2007 so at least 11 return trips from UK to Svalbard.