News of a Pallid Swift on RBA interrupted my coffee break and had me heading to Hauxley.  I decided to park at the south end and couldn’t believe my luck as I saw the swift before getting out of the car.

Strangely there were no other birders present. I rang RBA, tweeted and texted. I desperately tried to get some photos and watch this amazing November bird. After about 15 minutes the Swift disappeared and  I looked at the photos.

A few more birders arrived and I showed them the photos and commented that it looked dark . I also checked RBA and noticed the second report was of a Pallid/Common Swift.

Surely I should have twigged … dark does not mean Pallid. There were some other factors; the harsh lighting, shadows and some atypical plumage features (just my excuses). At home studying the photos I was in need of help. Thankfully MPF, JF and JB came to the rescue and said it was a Common Swift. MPF also suggested Common Swift form pekinensis.

So now I’m happy it is a Common Swift. If you scour the notes in the Advanced Bird ID Guide (Nils Van Duivenduk) the photos can show some features of Pallid but if you forget the fine detail and look at the overall bird it is a Common Swift. My third November Swift (1 in 1970s at , 1 last year Amble and now this Hauxley bird.) 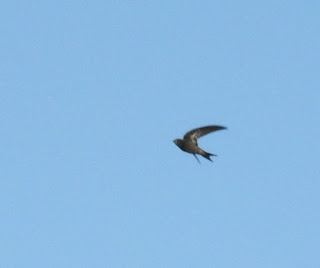 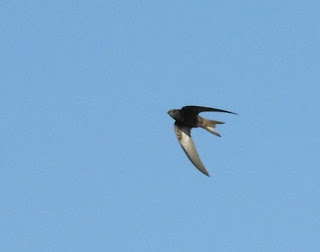 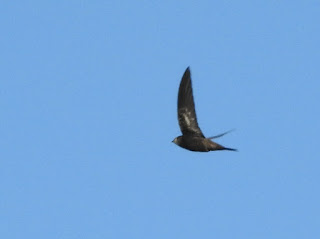 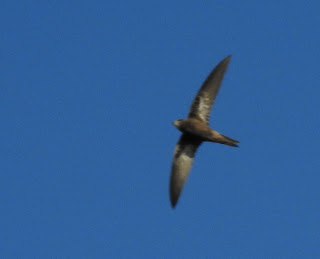 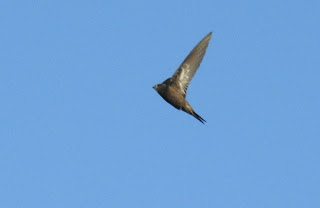 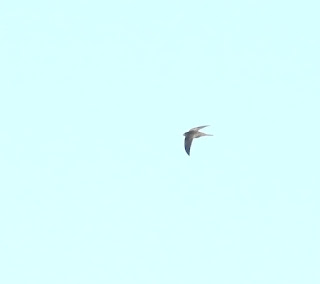 These last two photographs have been lightened on the computer. 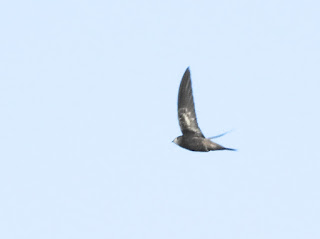 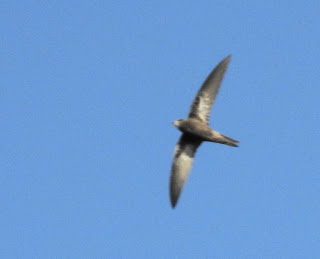 Apologies to anyone inconvenienced by my posting on RBA and Twitter.