Saturday morning and the tide was perfect for a trip north. On to holy Island at 07:00 and cut off by the high tide until 11:00 meant a very quiet morning. A walk along the Straight Lonnen was rewarded with Sparrowhawk, Fieldfares and some of the many Roe Deer now on the island. 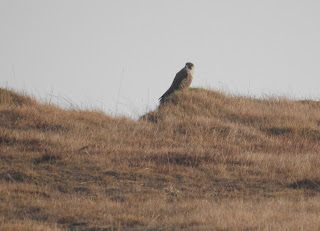 Next stop the quarry to look for Shorelarks and Lapland Bunting. I was lucky to see the Shorelarks almost immediately as they flew overhead calling. A scan in the distance explained why they were mobile. Thirty minutes later a large female Sparrowhawk replaced the Peregrine and once again all the larks were in the air calling. 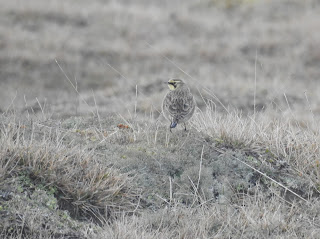 A little later I found the Shorelarks feeding but still looking skywards nervously. 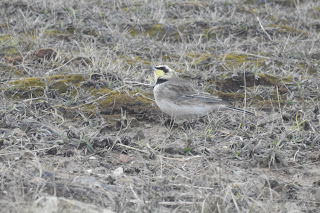 No sign of the Lapland bunting but that was no surprise given the presence of two large predators. 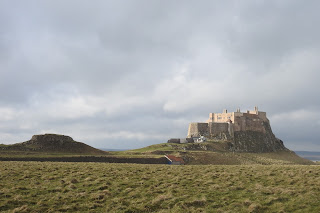 Back to the village via the Lough and Castle. The Lough was quiet although some splendid Shovelers were good to see. 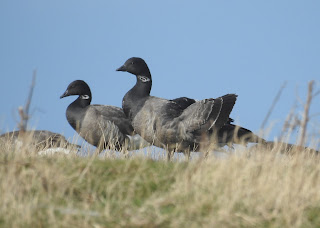 In the village the Brent Geese were in a field close to the school and it was good to hear them calling. A brief scan of the causeway always produces a nice selection of waders. I waited hoping the White-tailed Eagle might put in an appearance but news of one flying over Gosforth had me heading home. The journey on the A1 was good as I had a flyover Red Kite south of Alnwick as I drove North and another in a field North of Alnwick as I drove South. 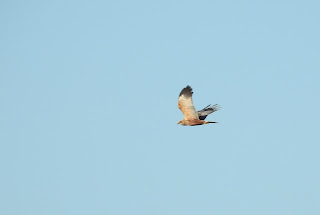 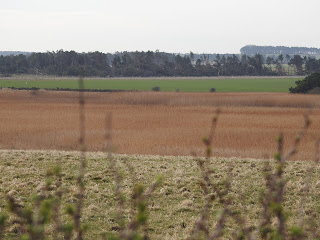 Migration is now well and truly started. Pied Wagtails last week, numerous Chiffchaffs singing, a Sand Martin struggling to find food in the chilly winds on Monday (14th) and a strong movement of geese North (with a trickle of Whoopers heading North too.). 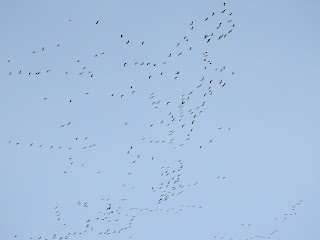 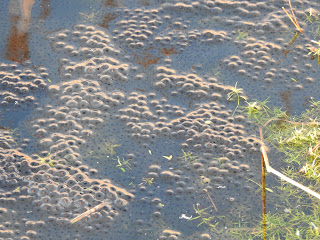 Frogs were seen on the tracks over the last few days and this morning (17th) the settling pools had several clumps of frogspawn.
I love Spring!
Posted by baybirding at 03:25