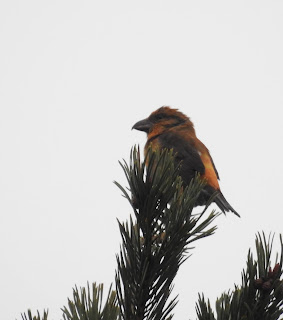 A small party (c8) of Crossbills are now a regular sighting within 500m of my house. 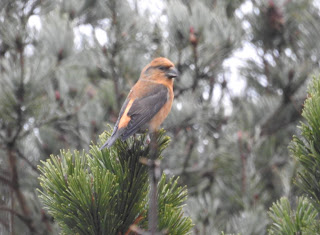 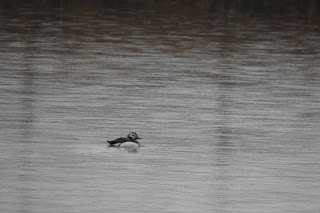 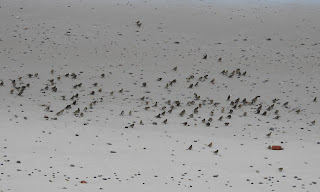 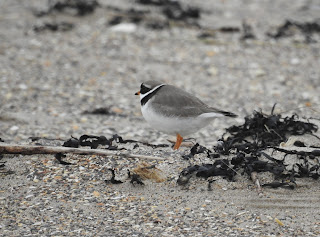 Ringed Plover
A pair on the beach at Cresswell were checking out suitable breeding sites. 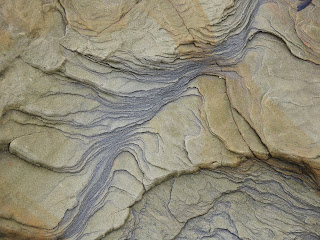 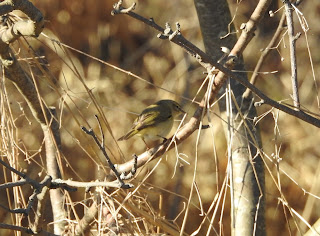 Chiffchaff
This bright, pale-legged bird was last seen by me early in January. Now it is again in the open and feeding non-stop. (Thanks to AG for pointing it out!) 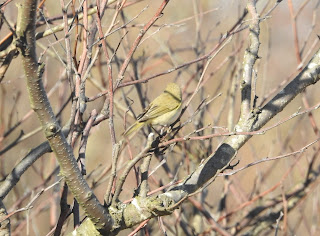 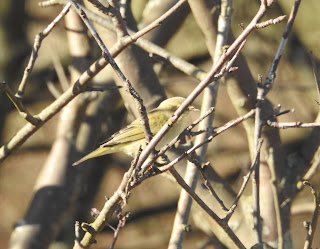 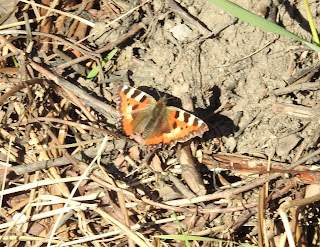 2 Butterflies today 26/02/2021
Small Tortoiseshell  and another (which quickly disappeared over the hedge and out of sight) which was probably a Peacock. 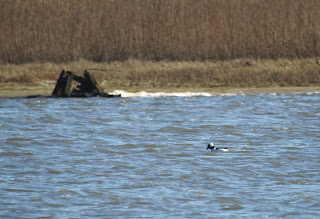 I was half a mile from home, very tired and hungry when my phone rang. Great to hear from AC! He is still in lots of pain and is desperate to get out and about but he has had an awful year. He rang to let me know a Bufflehead had been reported at Cresswell. I was tempted to finish my walk and get in the car to go to Cresswell but I decided against and turned to walk there. 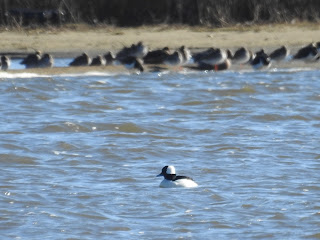 I was dreading seeing a major twitch in action but thankfully there were only a handful of people there and none on the causeway. I watched it for about 20 minutes and snapped some distant photos before heading home when the next birders arrived. I might head there first tomorrow to get some better photos and hopefully before the crowds arrive. 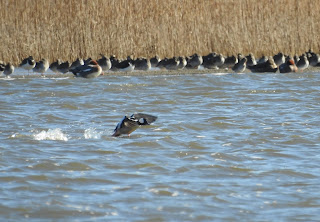 I wonder if this is the River Quoile bird. If it is Cheers Derek!
(See Bangor West Patchwork blog) 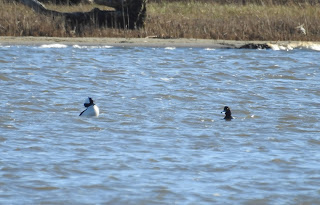