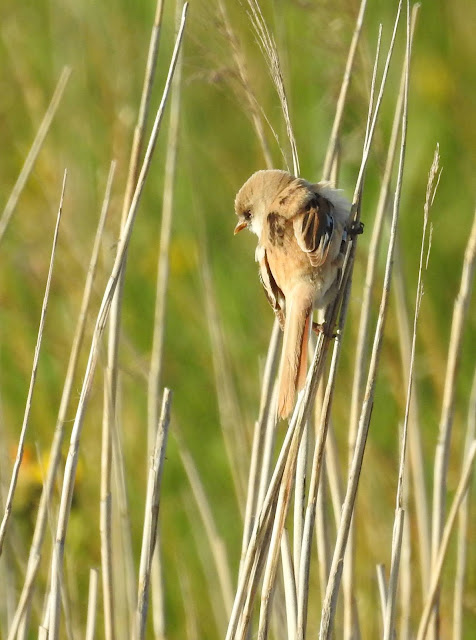 Bearded Tits still on the patch but proving difficult to locate. 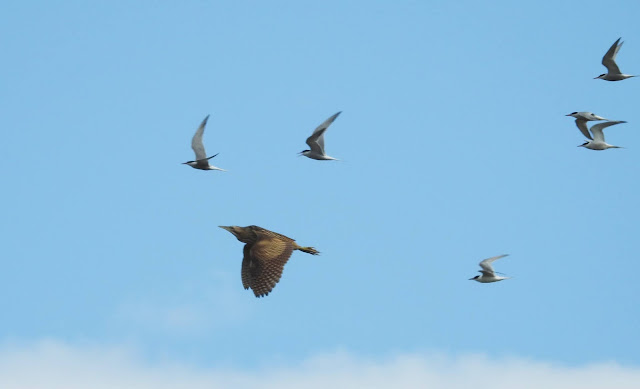 Likewise the Bittern can be quite elusive, especially as there are no visible channels for it to feed and be observed.  When the reeds are cleared to enable viewing, it would be more effective if water channels were dug in. This would prevent the new growth spreading too quickly and would allow for the viewing of birds such as the Water Rail and Bittern. 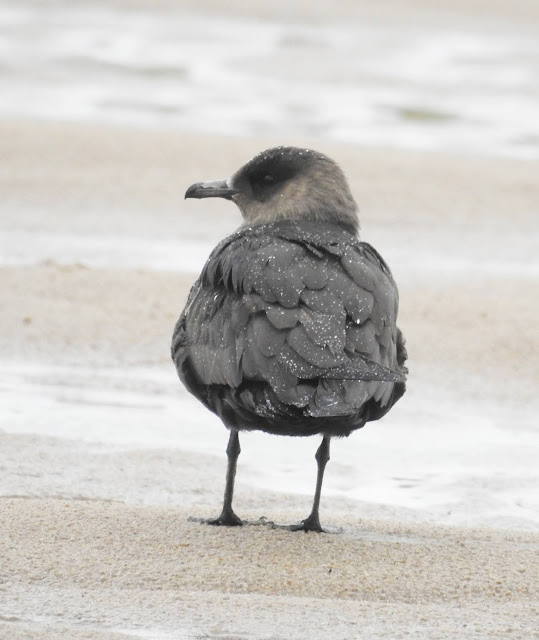 My first Skua of the year and this dark phase Arctic Tern has been lingering in the bay for most of the week. 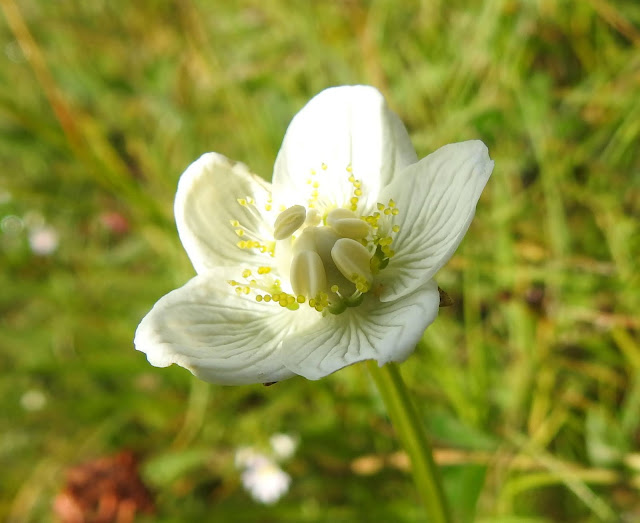 Grass-of-Parnassus  A beautiful flower showing some amazing detail in the arrangement of the stamen. At first I thought this small area had very few plants, however, they flower late and a subsequent visit proved there to be more than twenty plants. 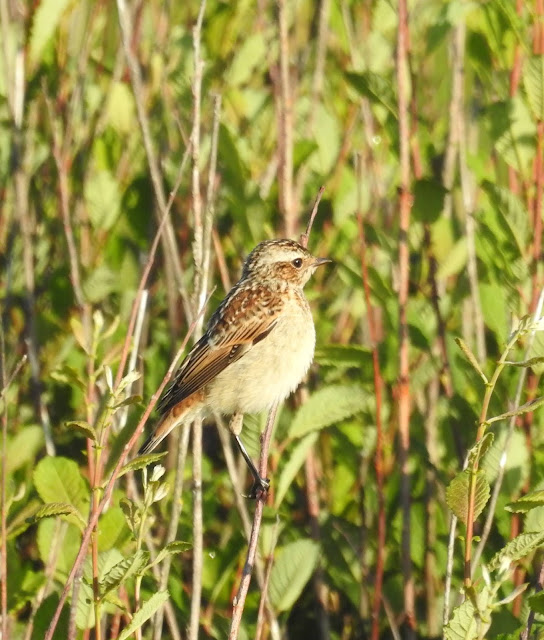 Whinchats still arriving on the coast. After seeing none this spring it has been a joy to see so many juveniles. 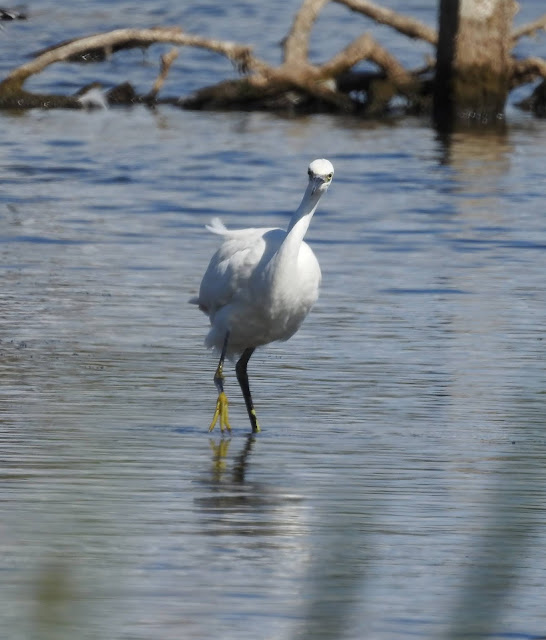 Little Egret numbers have been extraordinarily high in the last few weeks. I wonder how many will overwinter? 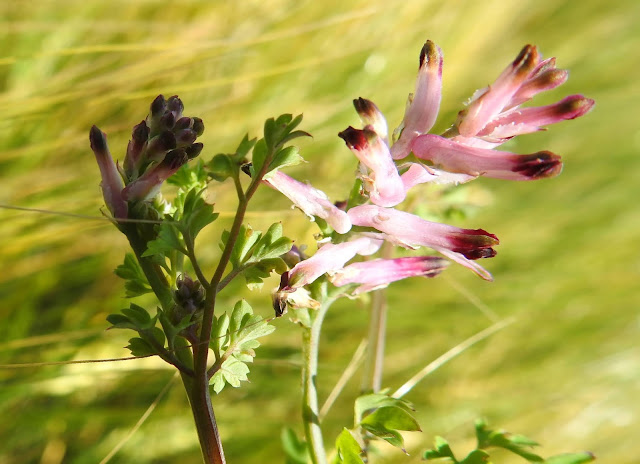 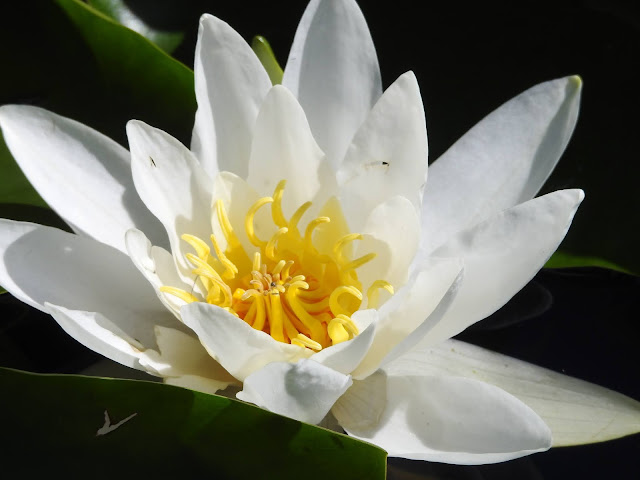 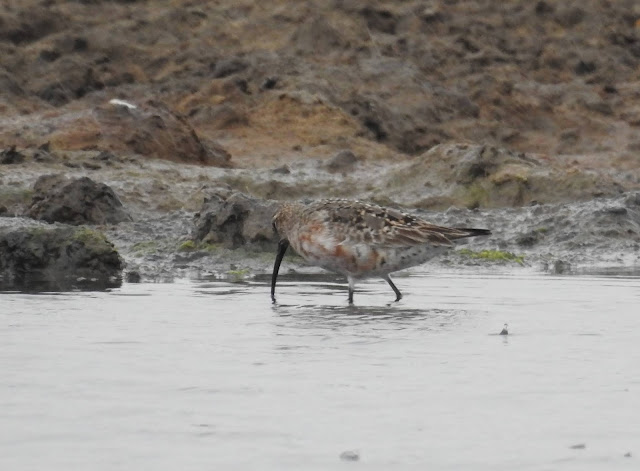 Curlew Sandpiper but where are the Spotted Redshanks? 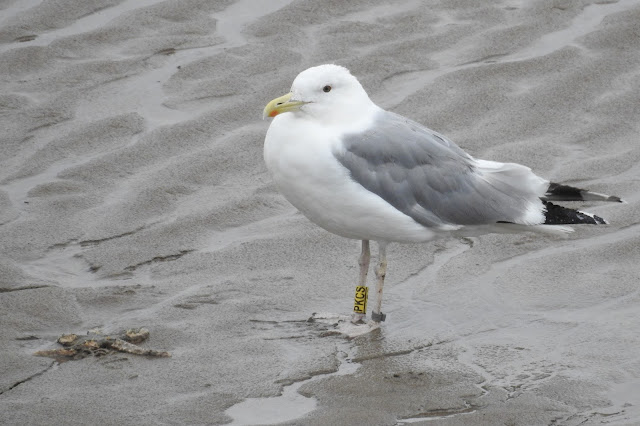 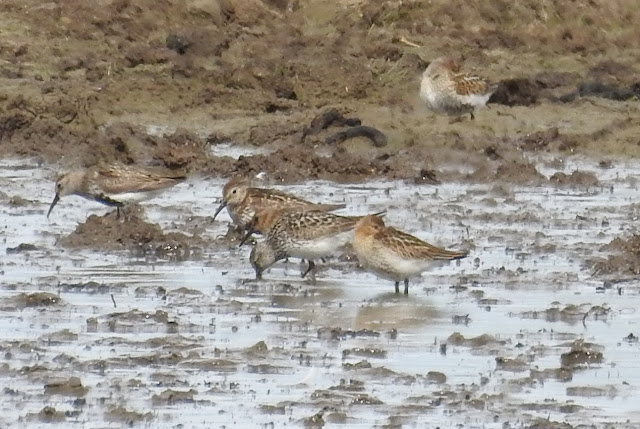 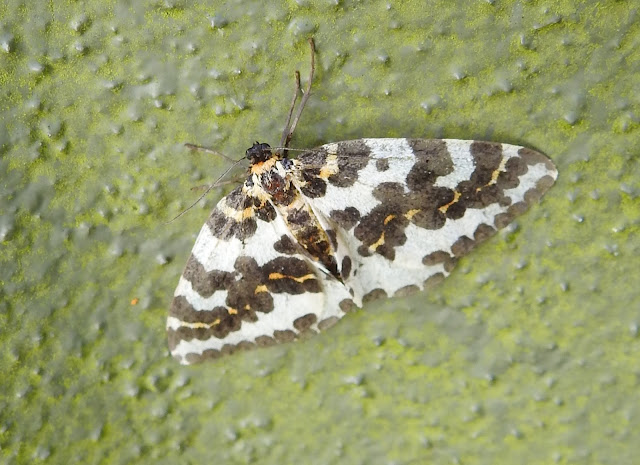 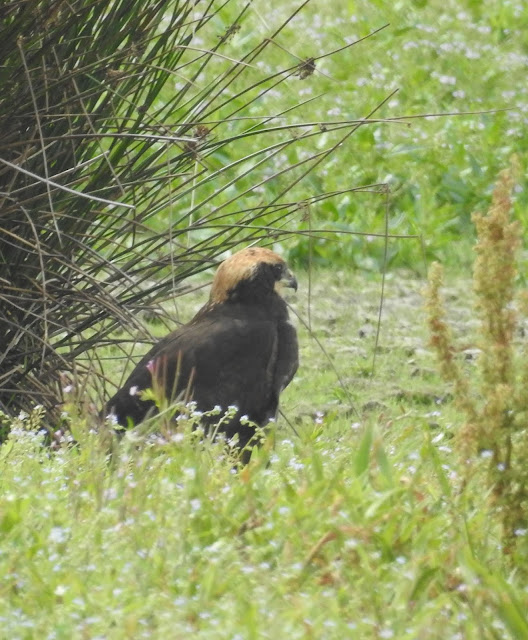 Juvenile Marsh Harrier. The male has returned to the nest site and should undergo a moult soon? It is a very poorly marked bird for a two year old male. (can and is at times mistaken for a female.)
Posted by baybirding at 04:04