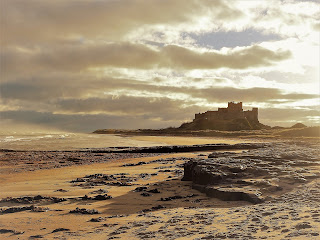 A good month to visit places away from the patch (briefly).

Purple Sandpipers (100+) the highlight but Long-tailed Ducks, Slavonian Grebe and Razorbills added to a pleasant if chilly morning. 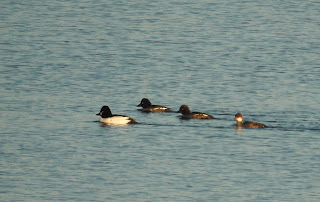 Oh ... back on the patch a second Smew. Another brief visitor although it now seems fairly well settled on Widdrington Moor Lake. 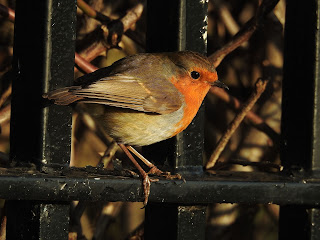 Tynemouth and North Shields Fish Quay next. A fairly uneventful trip probably due to the lack of fishing boats at the quayside. I did however manage to get some proper smoked fish instead of the bright yellow dyed stuff in the supermarkets. 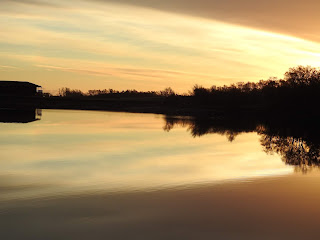 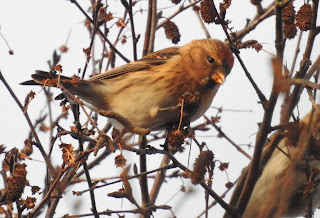 Amazing how satisfying it can be to observe flocks of birds over a longer period. I watched this flock of Redpolls (170+) for over two hours. Searching for the 'white ones', getting showered with seed remnants as they fed above me. The bickering and bullying was amusing and my unfortunate cough would send them fleeing the tree and then settling a little further away. 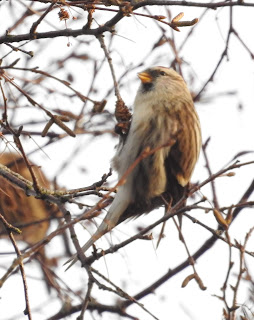 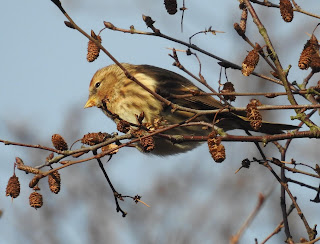 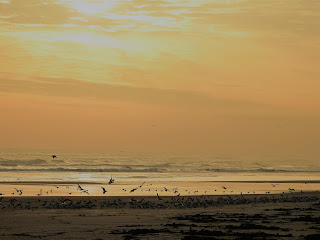 You can't beat a good patch...

... and mine is one of the best. Rough seas washed millions of tiny crustaceans (shrimps at a guess) ashore. A couple of weeks ago there was a similar event but they were the larval stages much smaller. This bounty led to a feeding frenzy and gave me the chance to sift through the gull flocks. Sadly no unusual gulls but a great way to fill a few hours. When the gulls left there were still lots of shrimps left. The Resdshanks took over but most were abandoned by the birds. 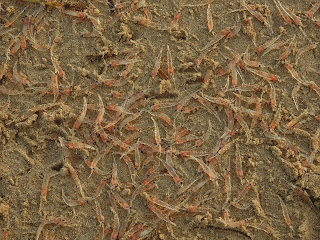 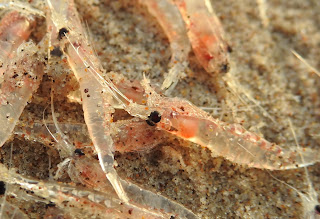 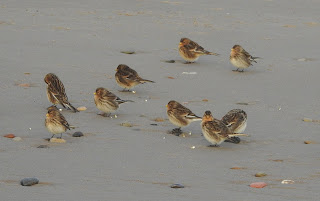 Still on patch. The Twite flock feed before flying to a clear part of the sandy beach to digest the food and have a 'toilet' break. 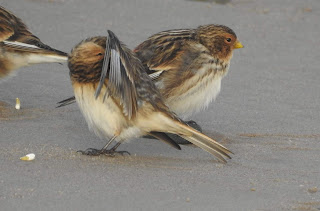 This is rather annoying as almost every photo contains a small white package. 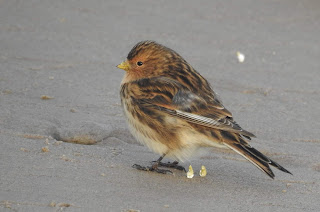 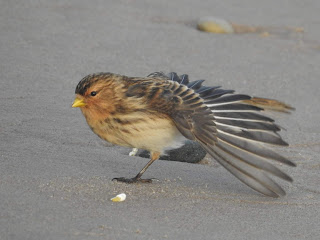 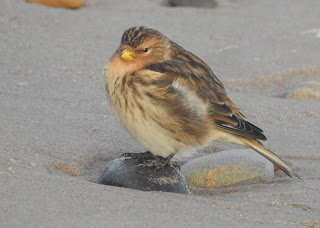 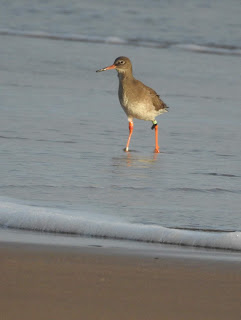 This Redshank was ringed on Humberside  in October 2018. Six birds ringed on the Humber are all now North of their ringing site. 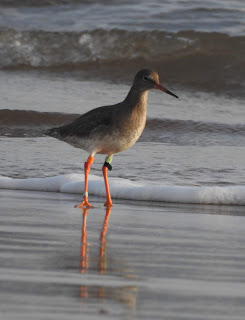 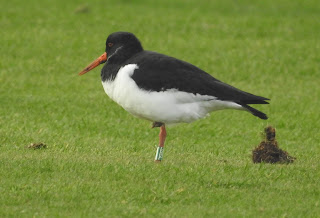 This Oystercatcher was ringed as a three years+ bird in 2013, in Oslo. So it is at least 8 years old. 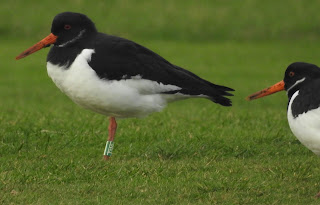 So it is time to start planning for the New Year.

I think the blog has run its course and is starting to get repetitive so I'm wondering what to try instead or how to make it different. Maybe a website? Twitter is also becoming less useful but what to do (not sure any of the other social media platforms would suit me)?

One thing is for sure ... I'll be out birding (guess where)!