It's a Tough Time for Some. 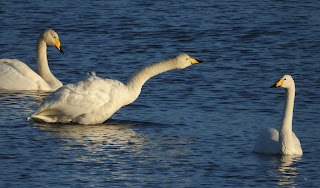 Whoopers returning along with increased numbers of Goldeneye at East Chevington.

Late October and the winds are finally from the East for three days. Birders turn up on the coast to do a bit of sea-watching. Hours on end sat on chilly headlands waiting for Pomarine Skuas and Petrels. I used to be a fanatical sea-watcher in the seventies and many a long cold day was spent at the hut at Whitburn. Nowadays they have a 'luxurious' hide where as Northumberland offers very little in the way of protection from the elements. My best attempts are from the car at Snab, Cresswell.

The Easterlies also get birders like myself walking long stretches of coastline hoping some wayward passerine will pop up unexpectedly. Thrushes, Goldcrests and Woodcock are common occurrences but is always the hope that something a tad rarer will be found. 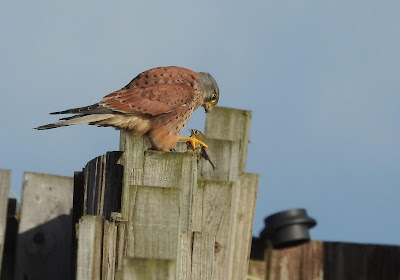 This Goldcrest was at Newbiggin right on the cliff top. Sadly after this c6 gram bird had travelled across the sea from Norway it fell as easy prey to the Kestrel. A sad sight but that's the way of nature. It just goes to show it is not just birders on the look-out for these new arrivals. Similar stories of Little Auks and Storm Petrels being killed by Great Black-backed gulls are also common. 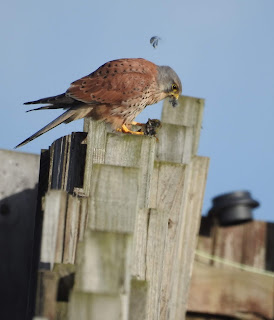 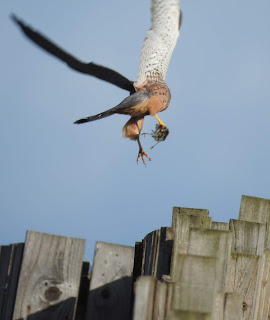 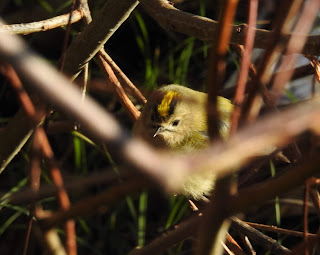 Another new arrival was enjoying better luck as it sheltered in a small patch of vegetation. 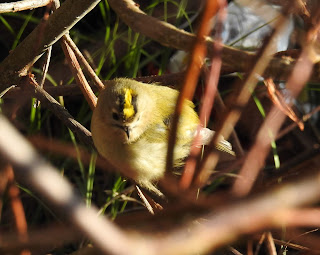 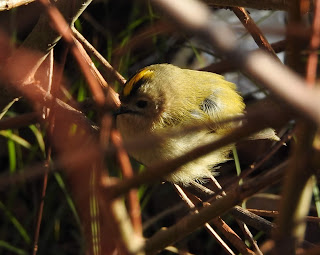 Even in my garden the bird feeders are a mixed blessing for the birds. They quickly attract a large number of House Sparrows, a few Collared Doves and occasional other species. However, they are now the target for a Sparrowhawk and I have witnessed a few close shaves this week. 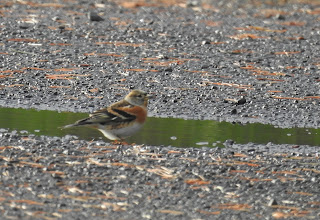 Druridge Bay Country Park is currently hosting a few new birds. In addition to 3 Chiffchaffs, 10+ Goldcrests and numerous Tree Sparrows there is a small flock of Crossbills and a couple of Brambling. A bright sunny morning and they can be found drinking from the car park puddles. This morning I got great views but never close enough for a decent snapshot. 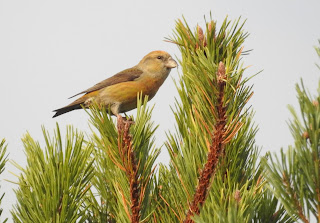