A Second Record for Northumberland! Get In! 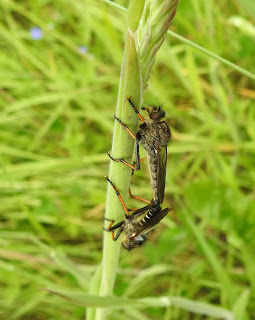 Found these mating Robberflies.
I spent over an hour trying to ID these.I managed a close resemblance on a Netherlands Website.Unfortunately the translation didn't include the species name. 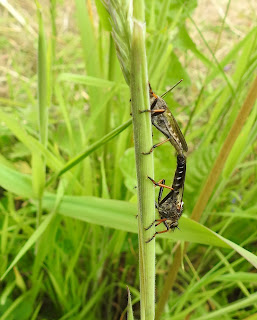 I posted the picture on Twitter and got a reply saying it looked like a rare species for Northumberland but they needed more pictures to rule out the Neoitamus species which was what I had found online. 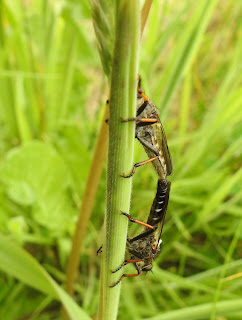 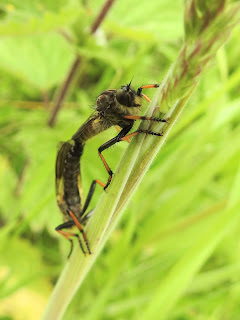 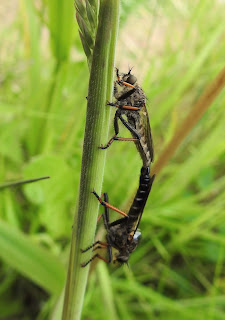 I went back to the site this morning (not very hopeful) but was staggered to find one less than a metre from the mating pair photographed yesterday. This time I managed  a shot with the wings and Tweeted it immediately.

It was confirmed!
Second (and 3rd for today) recorded for Northumberland! The first record was 2017 by John Bridges. 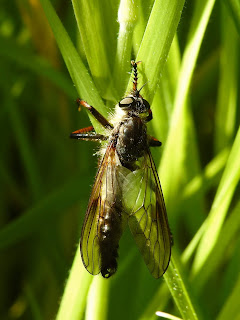