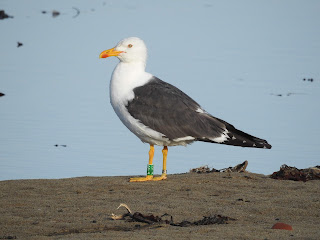 07:00 Hauxley I observed these birds (family ad + 2 juv) and by 07:51 I had a reply from Dr Chris Redfern to say the adult was captured on the nest and ringed 28th May 2015 on Coquet Island as part of a study into their effect on Roseate Terns. The chicks were ringed a little later. 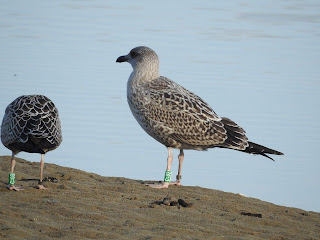 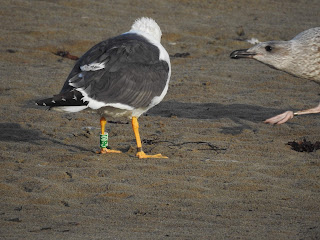 Subsequently I sent him my Sandwich Tern photos from 17th July and he has some possible details but will get back to me later. 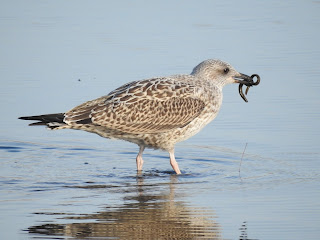 Three chicks were colour-ringed on 28th June 2015 but it appears that the smallest didn't survive.
Many thanks to Dr Chris Redfern for the update. 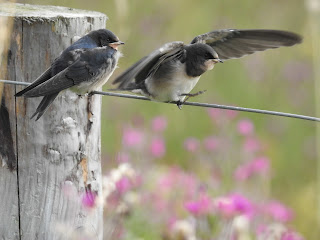 Swallow tightrope walking. Doesn't it know it can fly?
Large numbers gathered before departing for their winter in Africa. 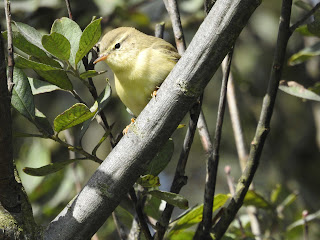 Searching the Hadston area this weekend for scarcities proved fruitless, but there were plenty of local birds to enjoy. 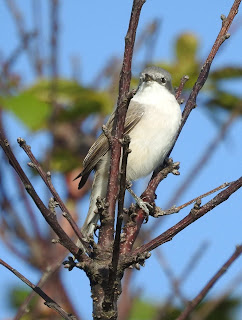 Then this Redpoll was one of 5 at Newbiggin ( a family group) 16th Aug. Unusual? 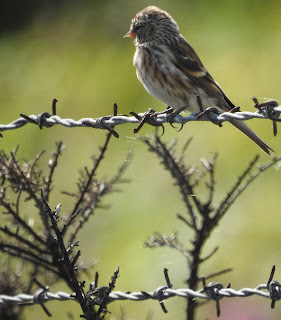 So much for not posting until September. 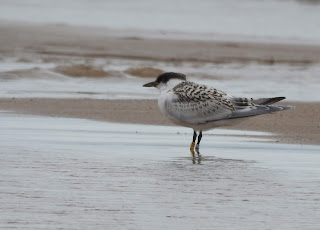 Following the information about the LBBs,  Dr Chris Redfern also passed on my Sandwich tern records to Ewan Weston and he sent the history above. The adult wETA was feeding the juv yUTC which I believe is one of this years Coquet birds. 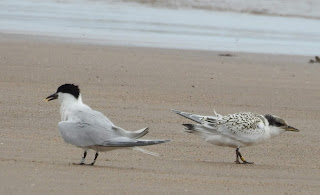