Yesterday morning was spent at Saltholme where little was to be seen. I'm not sure it is living up to its early promise. Apart from Sand Martins using the artificial nest site there was little evidence of migration. Then a female Red-crested Pochard had me interested until someone mentioned it was a hybrid.

Just before leaving I visited the pond-dipping pool and a brief view of a singing Reed Warbler followed by a much more lively Sedge Warbler. 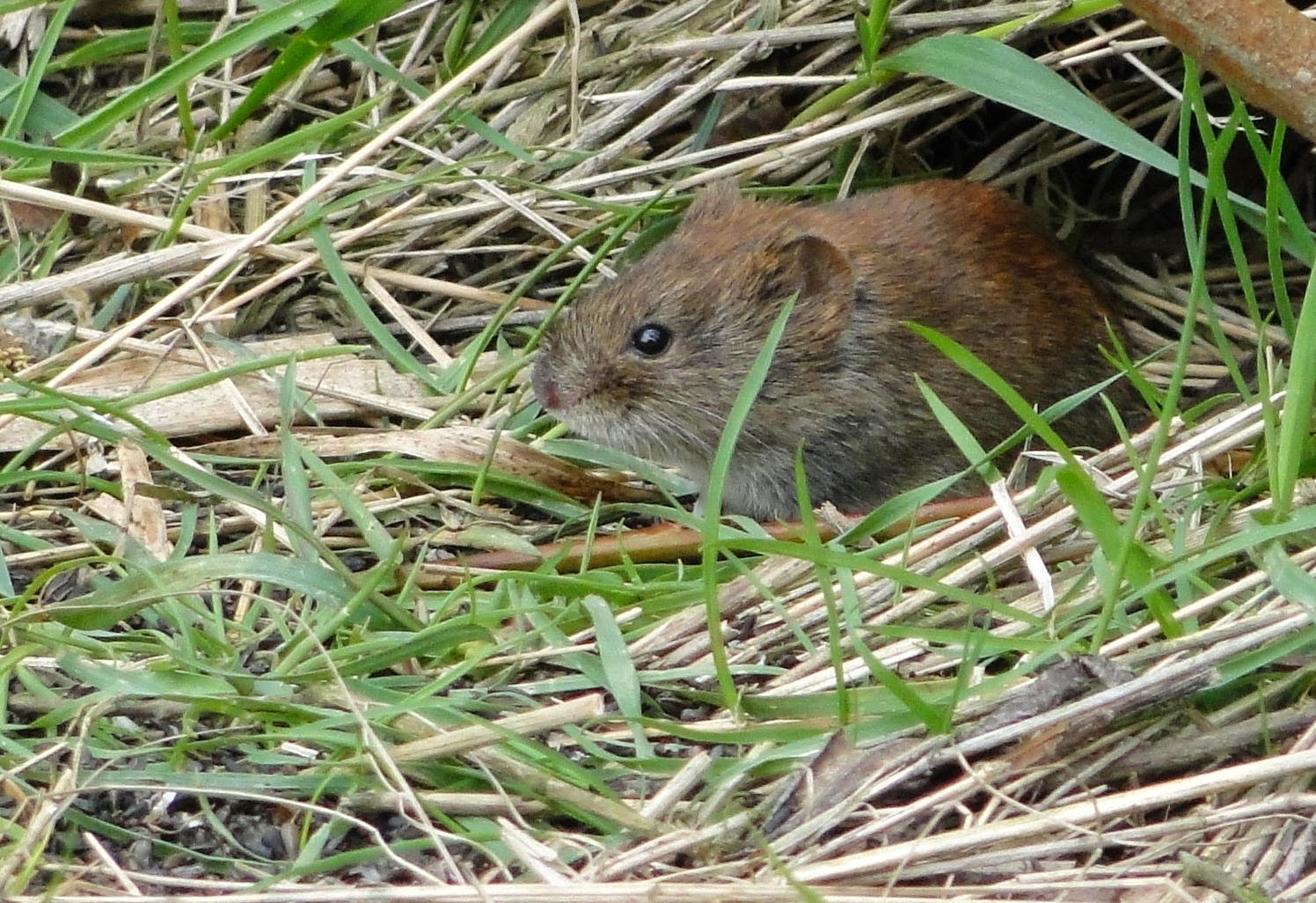 Hoping for similar birds at Chev today, I was disappointed by the lack of action. The Lesser Whitethroats failed to show and the Grasshopper warbler gave just a short burst to remind me where it lives? 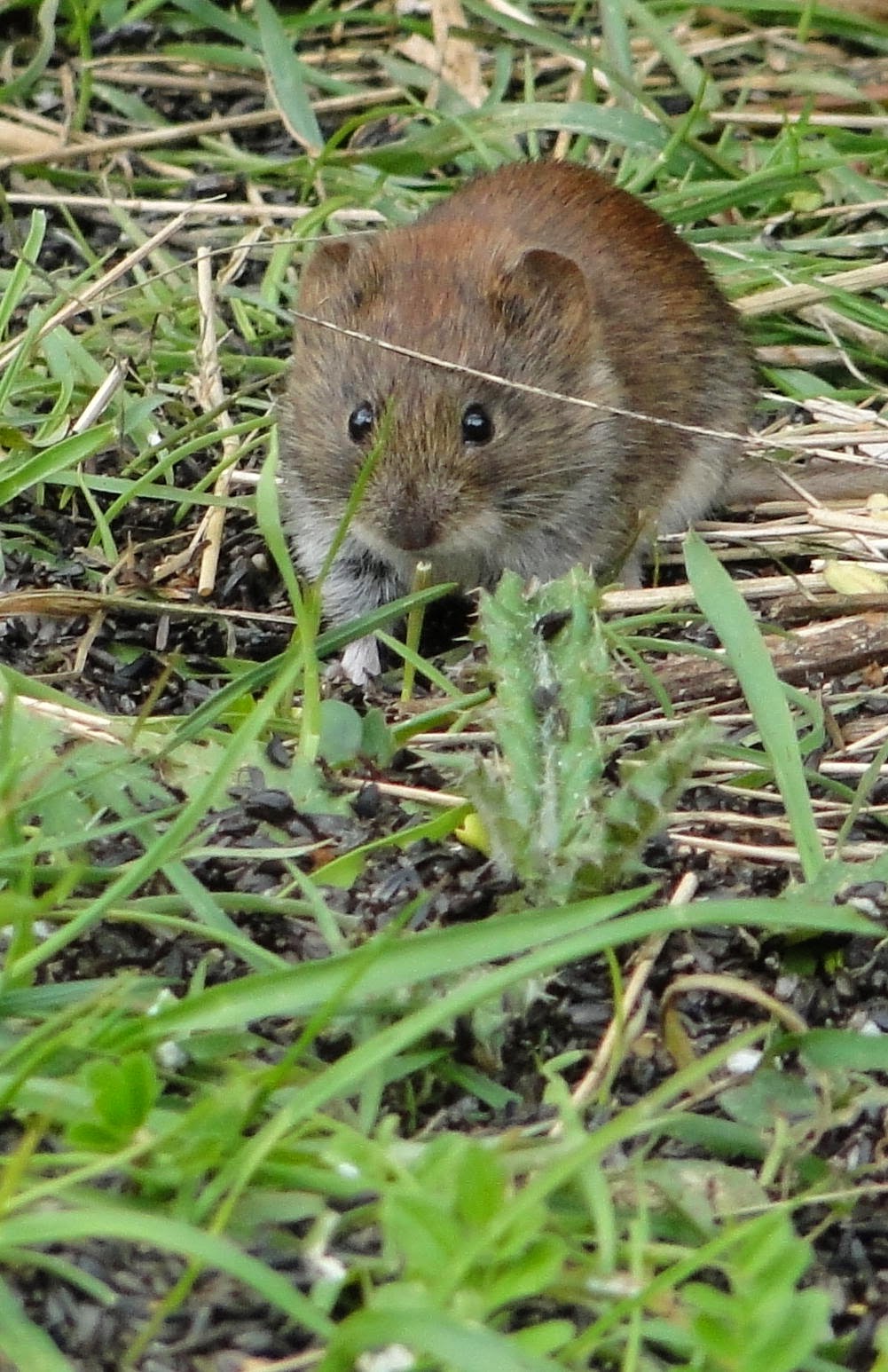 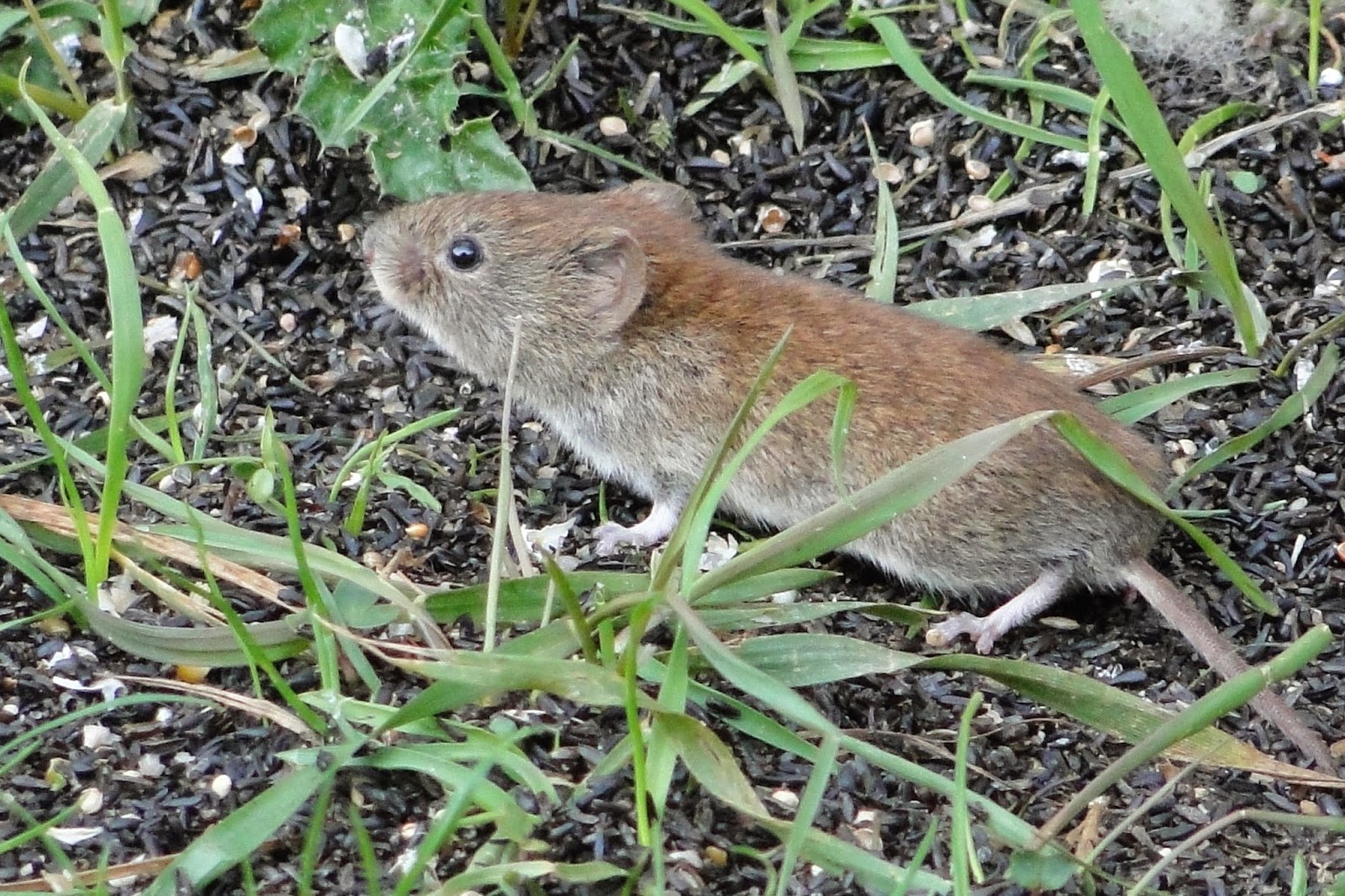 The Bank vole is more daring now but always finds a blade of grass to get in the way of a neat portrait. 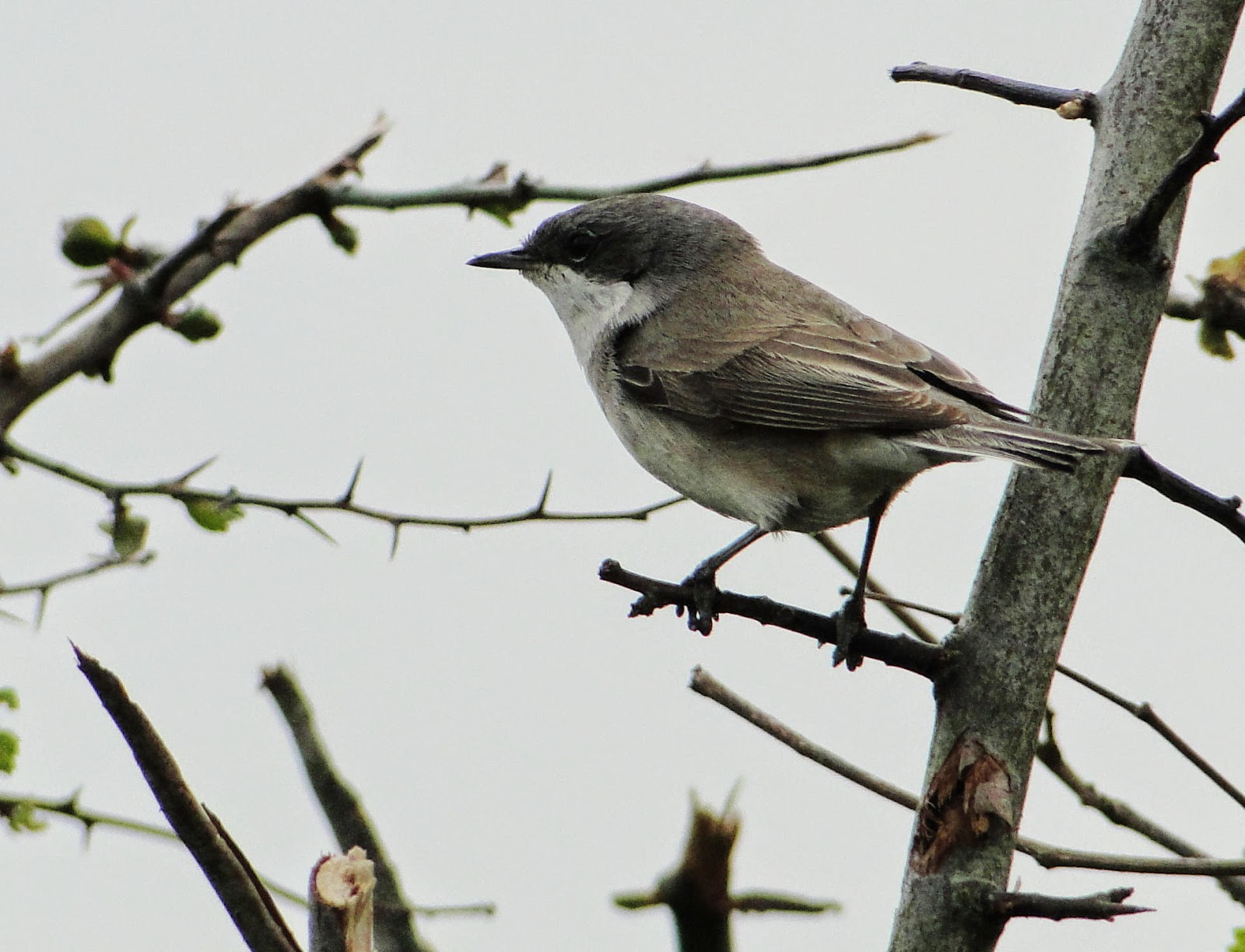 Finally as the cloud cover formed the Lesser whitethroat put in an appearance. A brief jouney inland allowed me to finally connect with the Green-winged Teal (found by BD and DD at the weekend) and some other goodies including 12+ Wheatears on the green tree tubes.
Posted by baybirding at 07:07